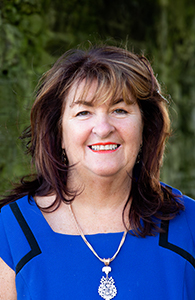 Founder Mary Linehan, born in Birmingham, left to pursue a career in nursing and held a variety of posts throughout the London area including midwifery, school, district and occupational nursing. Even with Mary’s adventurous spirit the thought of moving from family and friends was daunting and presented a real challenge.

Mary relocated to the Island in 1993 because of her husband’s job in the Finance Sector. He headed up Barclays Bank and Royal Bank of Scotland as well as the Island’s oldest independent bank before retiring to be a busy business consultant.

The family moved from Sunbury on Thames, a suburb of London, with their three daughters then aged 8, 6 and 18 months. The eldest two are now working as an accountant and sports therapists and the youngest is looking forward to going to University this year. All three have been educated on Island.

On moving to the Island Mary joined the team at Hospice Isle of Man and ran the Day Unit for 10 years and also “fronted” the Fundraising and PR Department. This role combined with her husband’s professional and social life took her into all areas of Island life, ranging from Government, large organisations, high net individuals, social and sporting clubs and many more creating a unique and unequaled network. Mary is now an active and passionate member of the Hospice Isle of Man Board and a Director of the Motor Neuron Association Isle of Man. Her decision to set up B Localiom.com was born out of a desire to ensure people who have made the decision to move to the Island have a positive experience and are able to integrate rapidly into the business and social aspects of Island life therefore making the best use of their time. 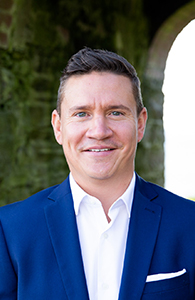 Neill is originally from South Africa. He relocated to the island from Cape Town in 2001 with his family. He met his wife here on the island and they have two children Alfie 5 and Rosie 3. He has worked for almost a decade in the construction industry, specialising in estate and property management as well in design and planning.

He worked for several years with young offenders at the Isle of Man Prison where his passion for mentoring and coaching the youths was realised. He also volunteers for local charities where he can. His wife is a qualified accountant and a keen netball player.

Neill is an avid sports fanatic and will travel regularly to go see live sport. Neill is also a keen local Cricketer, Hockey player and loves the odd round of golf. He and his family enjoy taking their dog Harley to the beach and coastal walks around the island.

Carolyn is originally from England and lived on the Isle of Man until age 5. She then moved to Rustington, West Sussex, before emigrating to Cape Town with her family where she lived in Camps Bay.

She returned to the Island in 1990 with her family and husband Mike who was born in Johannesburg, South Africa, and their young daughter who was born in Cape Town. Her husband opened up a graphic design and advertising business on the Island. Carolyn also has a son who was born on the Isle of Man. Carolyn recently became a Grandmother when her daughter had her first baby, and spends most of her spare time with her granddaughter.

She worked for a property developer on the Island for 15 years before joining B-Local. Carolyn has enjoyed travelling extensively with her family to many parts of the world and until recently, used to visit South Africa regularly